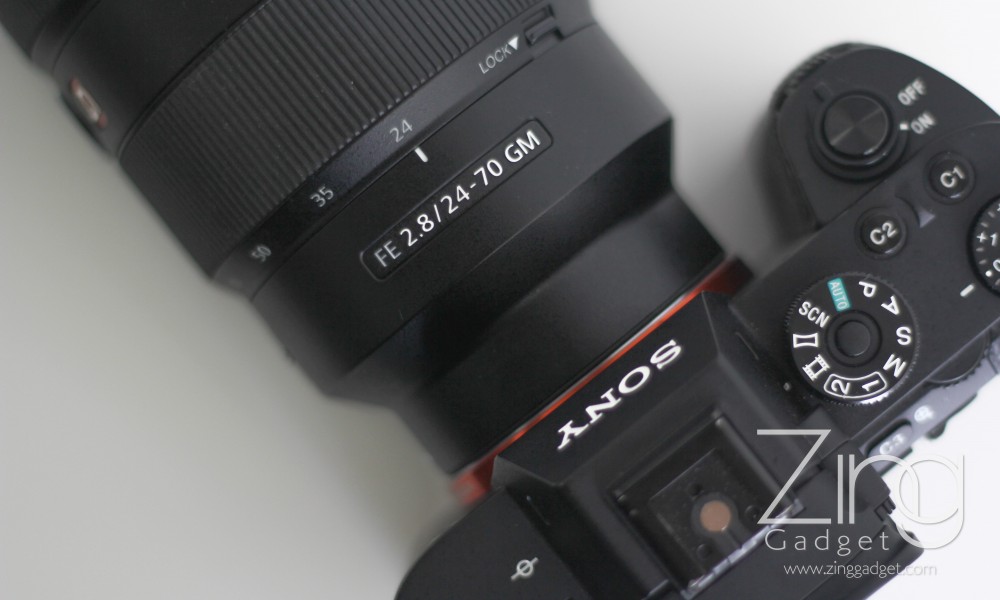 I wanted to hate this camera, but I can’t!

With so much excitement of the Sony and its 4K tag around the world, you can say it got me a little triggered when I got my hands on this heavy dude – yes it’s around 1kg if you hold it single handed with a 24-70mm lens. Let’s take the Sony a7S II and the ever dependable FE 24-70 f/2.8 G Master lens for a spin.

My first impression of this camera was the amount of buttons it has. Perhaps maybe I was an avid Canon user over the past 5 years, but then the Sony a7S II blew me away. Sony fans out there would know this beast well, and knew how awesome it is. So let’s get to the depths of this babe. 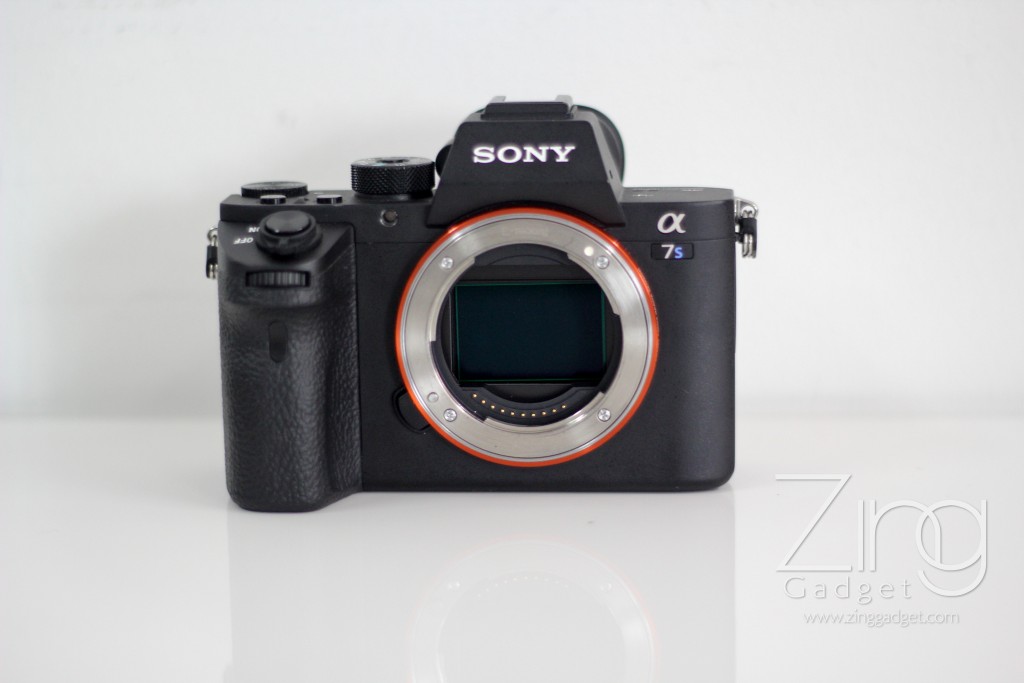 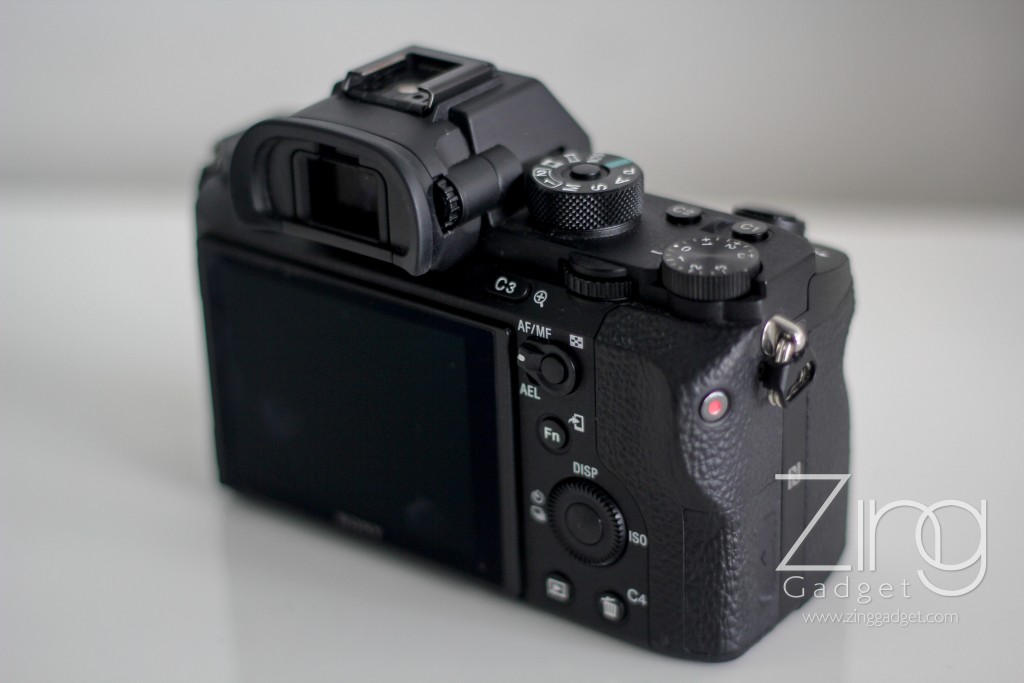 Can you find the 9 buttons? 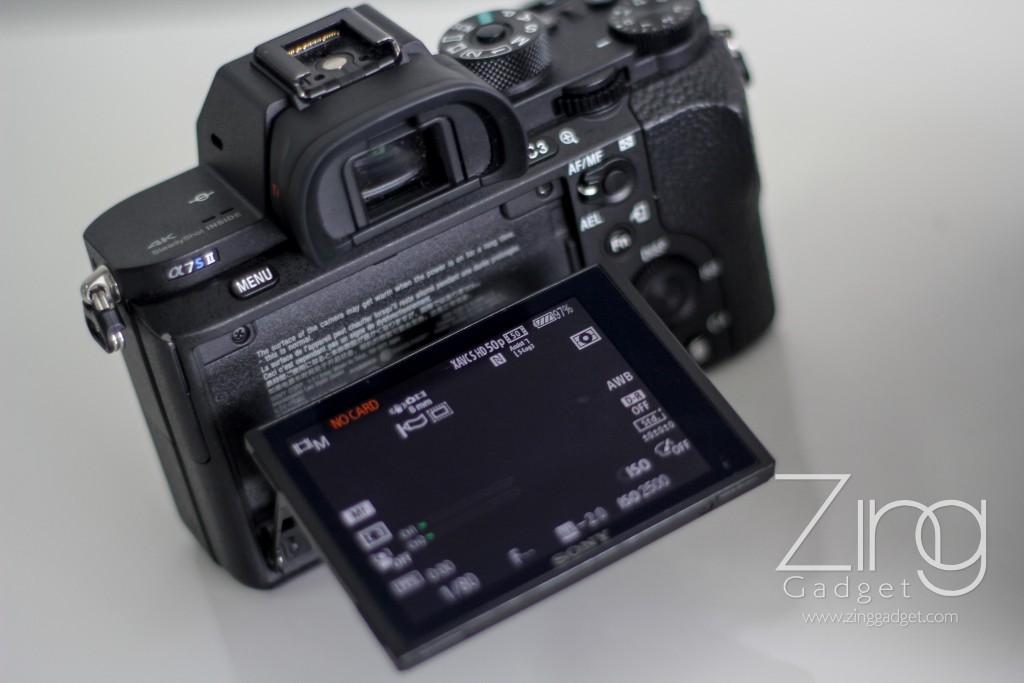 You can tilt out the screen, but not rotate it 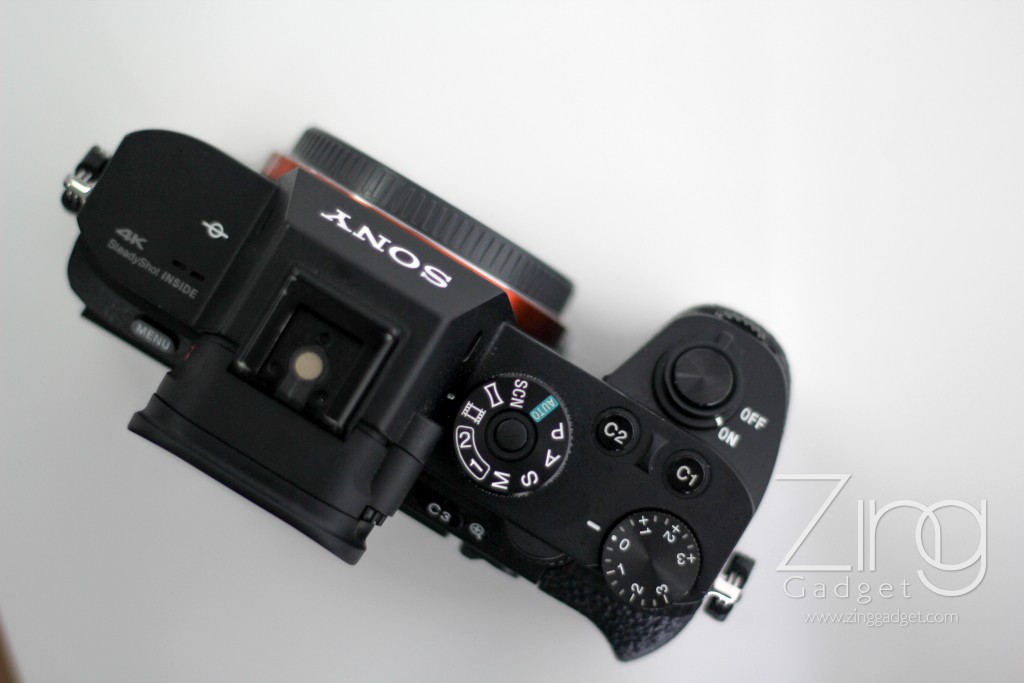 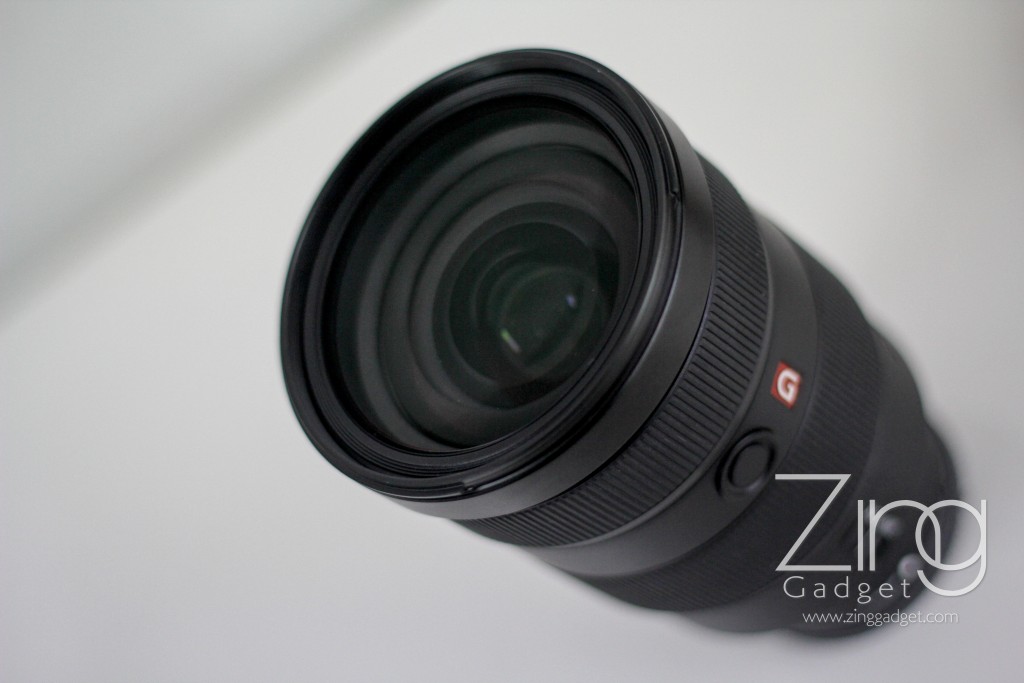 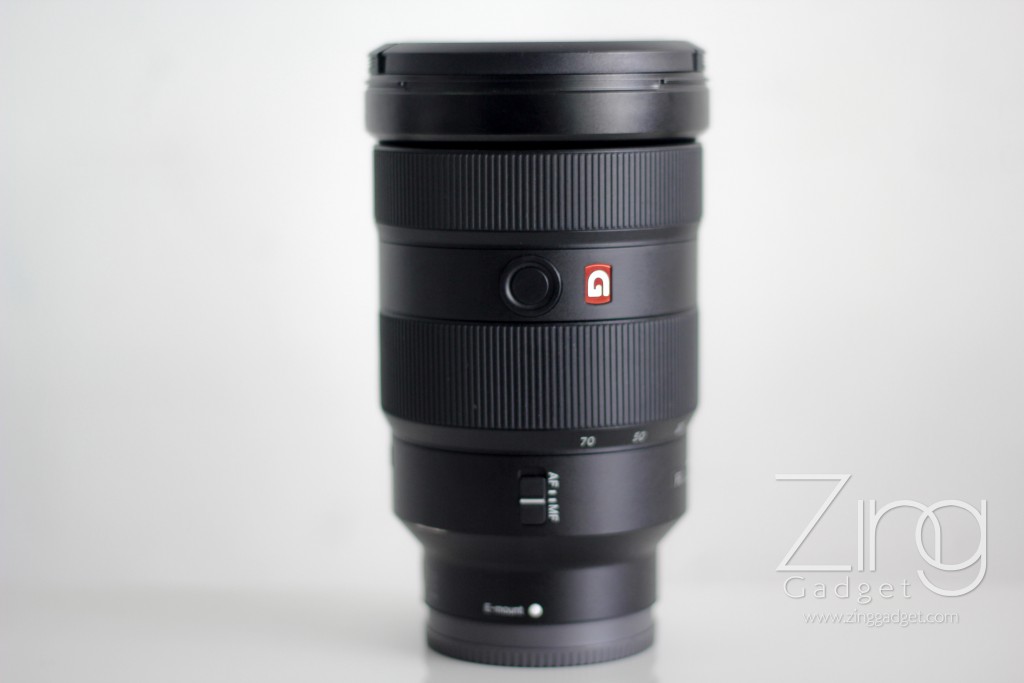 Now one thing I noticed real quick when I grabbed this dude out of the box was its grip (you know, the right handling part for you to hold the camera). All photographers knew that a grip has to be solid but this somehow forced me to tighten my own grip just to get hold of the camera – not comfortable at all to be honest. The body has 9 buttons altogether – 10 if you count the menu button – 3 personalized buttons and  6 function buttons. So in my head was – I gotta make sure this dude is real good for me to endure those mashing buttons and less than comfortable grip. I was not disappointed. Okay in English terms, the table below was made so English can be understood in plain English. More info can be referred for body and lens 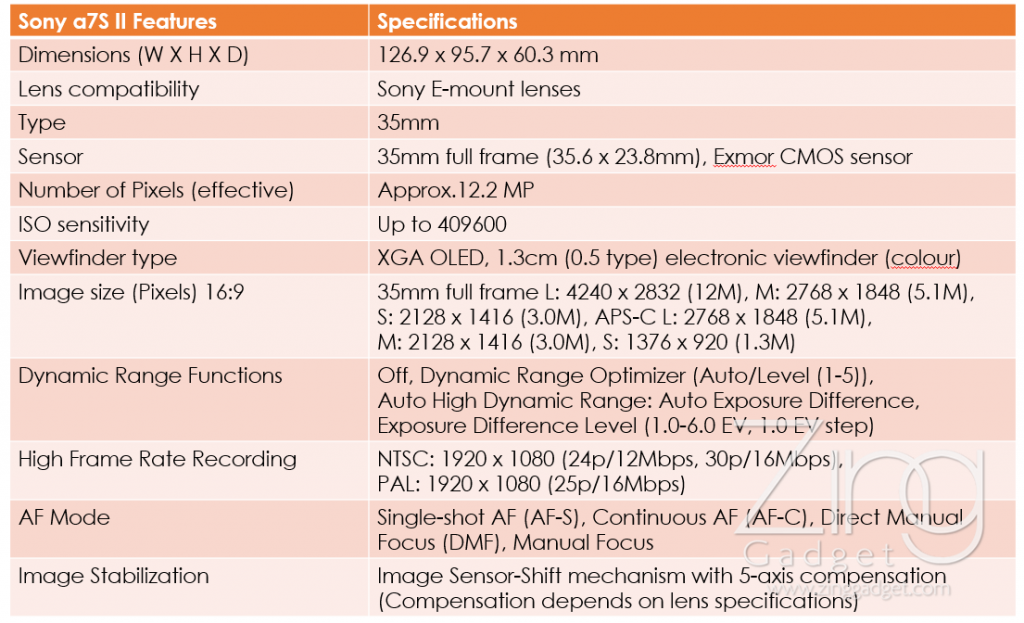 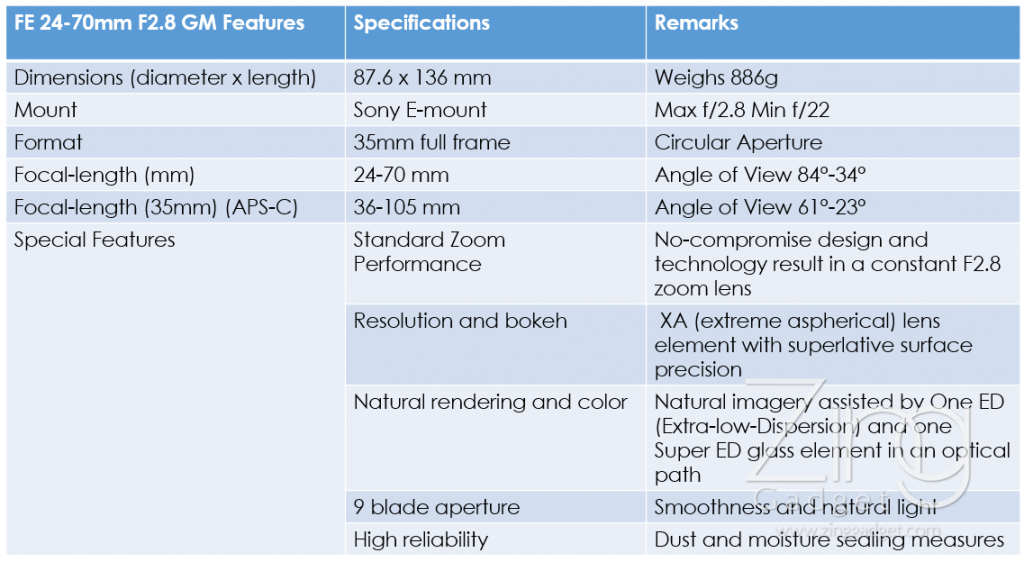 Is this English good enough for ya?

While for some reason the file properties can only detail out at a maximum ISO of 65,535, the real deal was how the a7S II can peak itself at a whooping 409,600 ISO – nope it’s not a typo, it is really a 6 figure ISO points. So go on, get rid of those dark nightmares.

Given the weight of the lens and body – I would say it is a decent stabilizer itself when it comes to recording. Yes it is kinda heavy, but it does justice to your recording. Coupled with high resolution, you can rest assured your videos will come as good as the cinemas.

Check out our test video:

One part of the lens is its own stability to perform as the main conductor for your videos. Simply put, the a7S II is a 4k mirrorless camera with fantastic focusing features and built-in image stabilization, all with the ability to shoot at low light with great image quality.

The a7S II is prized at RM 11,999.00 (inclusive of GST) while the FE 24-70 f/2.8 G Master lens will cost you an additional of RM 10,199.00 (inclusive of GST) – bringing you a total of RM 22,198.00. Whoa! That expensive you say? For devoted Sony fans, every user over the years knew this was coming with a hefty price – but it is worth the heck to pay that much. Many production companies are switching to Sony cameras, and the a7S II seemed to be the destination to high resolution that passed with flying colors.

Being a Canon user myself, I have seen the limitations of Canon and its decline over the years. Sony tend to cover that patch and rise up to the photography and videography industry. If I have the money, I’ll consider Sony as my choice for 4k greatness. If you don’t have the cash yet, I’ll suggest you save up and trust in the greatness that Sony provides. Expect Sony to go from strength to strength over the next couple of years. Ask your camera friends, they will mention Sony any day at any time. Time to change perhaps?

A BIG SHOUT OUT to Sony Malaysia Sdn Bhd for allowing us to have the cool Sony a7S II and the FE 24-70 f/2.8 G Master lens for this review!

For more info, be sure to check out the full details here!