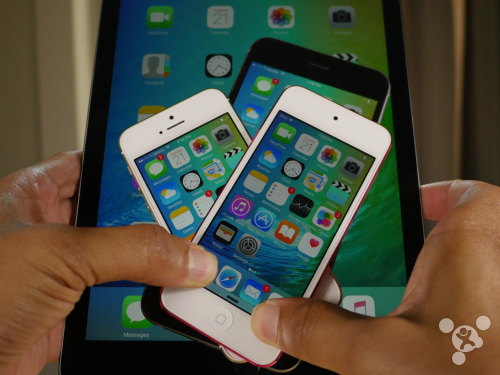 It has been 2 weeks that the beta 3 has been publicly released, this time Apple has pushed out the iOS 9 beta 4! Without further ado, let’s see what are the top new features added in and which bug has been fixed!

The Home sharing is a honorable feature from Apple presented on the iOS 9. It allow wireless broadcast of music and videos purchased into TV and share it within family or friends. This feature also allows monitoring and controlling the limit of in-app purchase of their children.

In beta 3, volume rocker were unable to act as camera shutter which is currently fixed in the new version.

Apart from this, the battery icon is also redesign to a circle. Gotta love those details!

The Podcast app now allows video to be played on top of another application where you can perform other task when watching videos! This certainly boosts some level of productivity.

This tiny little feature allows you to continue to run your apps on your iMac or macbook without reopening the application. All is being done on iCloud.

In the Apple Pay section, users can now turns of this feature instead of letting it run by default. Since Apple Pay has not been well established in Malaysia, this feature is not feasible at this moment.

Huawei CEO: Foldable will goes for RM2300 in coming 5 years

The Moore’s Law has been an iconic implication on the exponential technological advancement with the constant price range. This time, Huawei CEO has commented on ...